Raising public awareness coupled with addressing emerging issues, advocacy, and action is essential to making an impact on protecting Canadian children and supporting families. Scroll through the timeline below to view some of C3P’s public awareness efforts.

For Twitter’s 15th birthday, C3P helped survivors – those who have been exploited on the platform and other social media sites like it – wish the company a “happy” birthday by sharing their experiences, and demand online platforms to do better for survivors by prioritizing the removal of CSAM.

When youth are faced with an intimate image or video being spread online, it can feel like they’re all alone. With this campaign, Cybertip.ca reminded teens and young adults the tipline is here to help with regaining control and removal of the content.

Over the past year, Cybertip.ca saw an 106% rise in reports to the tipline surrounding online child exploitation, mainly due to the pandemic. This campaign not only drew the public’s attention to this alarming increase, but also urged them to report concerning images or videos of minors to Cybertip.ca.

This collaborative campaign with Tracia’s Trust urged families to talk with their tweens and teens about the risks of online activities such as live streaming, online gaming, and live chatting.

Some Voices are Hard to Hear, But Should Be Heard

This campaign literally puts survivor’s voices front and centre, using their direct quotes and audio statements to generate public awareness about this global issue, along with highlighting the support C3P offers.

What if it was Your Child’s Photo?

Rather than targeting teens, this campaign focused on parents, and how they can talk to teens about the harm of sexting, both for themselves and the person in the image/video they’re sharing.

Lolli: The Exhibit Nobody Wants to Talk About

One exhibit. Three days. Over 1,200 visitors learned not only about the world’s child sexual abuse material problem, a dark subject rarely discussed, but what Canada is doing about it.

Sexual attention towards a child is NEVER okay

A chilling campaign demonstrating how children are groomed online, and urging Canadians to report to Cybertip.ca if they see, read, or hear anything sexual from an adult towards a child.

Sharing someone else’s sext is illegal

Back by popular demand, the animated phones in this campaign once again spread awareness of the legal consequences of sharing someone else’s sext without their consent and offer help to people whose intimate image has been shared.

Your nude is out there. Now what?

A campaign in collaboration with the Winnipeg Police Service encouraging young people to visit cybertip.ca/intimateimages for help if their intimate image has been shared.

An animated campaign highlighting the legal consequences of sharing someone else’s sext without that person’s consent, and directing users to visit cybertip.ca/sexting to learn more about the law, as well as how to gain back control if their intimate image has been shared.

A campaign reminding viewers that child sexual abuse material is never just a picture, and urging the public to report concerns to Cybertip.ca.

A national campaign that takes a humour-based approach to cut through the clutter and focuses on ways youth can avoid being sextorted and keep themselves safe.

A national campaign promoting our automated web crawler and platform that helps reduce the online availability of child sexual abuse material around the world.

A campaign building on our work with the issue of self/peer exploitation, to focus on how Cybertip.ca can help youth if they have experienced a sexting incident, as well as inform youth that sharing someone else’s sext without that person’s consent is illegal in Canada. 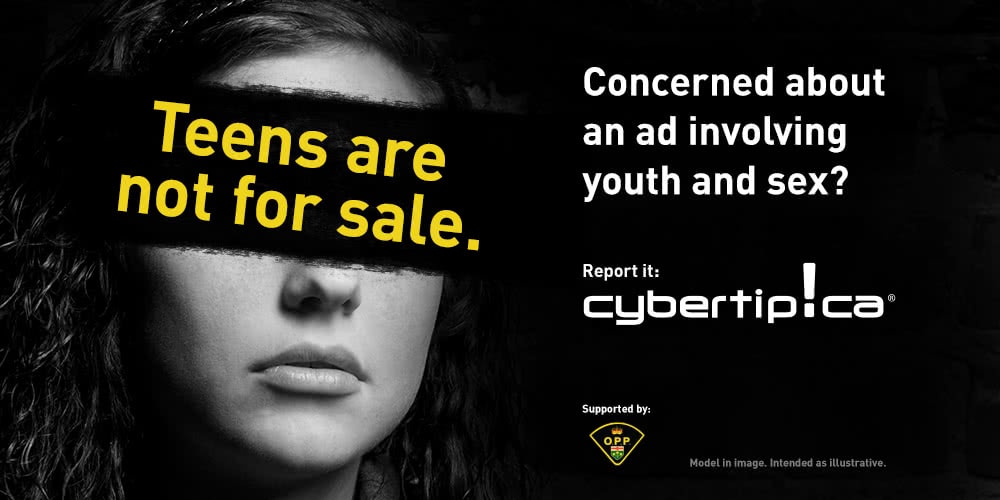 Teens are Not for Sale

A campaign in collaboration with the Ontario Provincial Police encouraging people in Ontario, and across Canada, to report child trafficking and child sexual exploitation to Cybertip.ca.

A campaign empowering teens to take control of their own narrative and change how their story is being told when they have (or someone they know has) been negatively impacted by a self/peer exploitation incident. 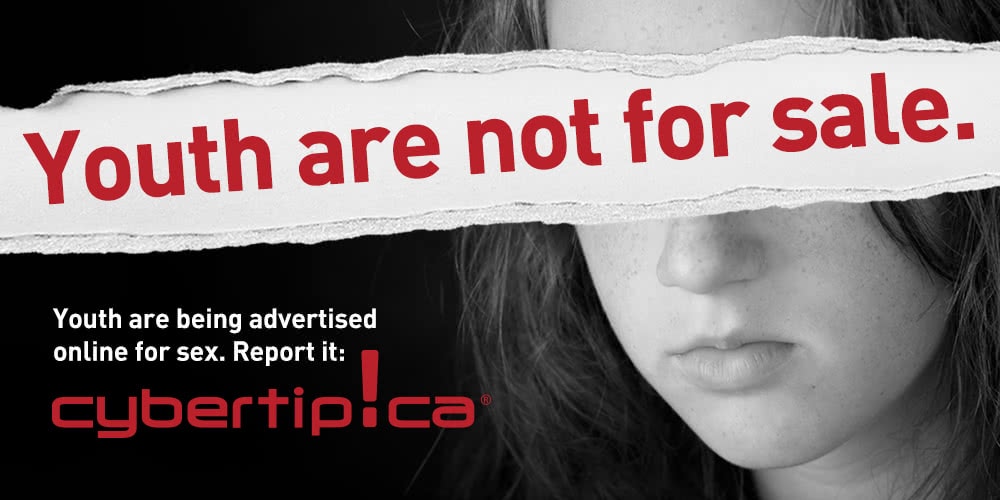 Youth Are Not for Sale

A campaign encouraging Canadians to report incidences of child trafficking and children exploited through commercial sexual exploitation online to Cybertip.ca.

Every Click Helps Us Protect Children from Sexual Abuse

A national campaign demonstrating how tips from Canadians can help protect children from sexual abuse. 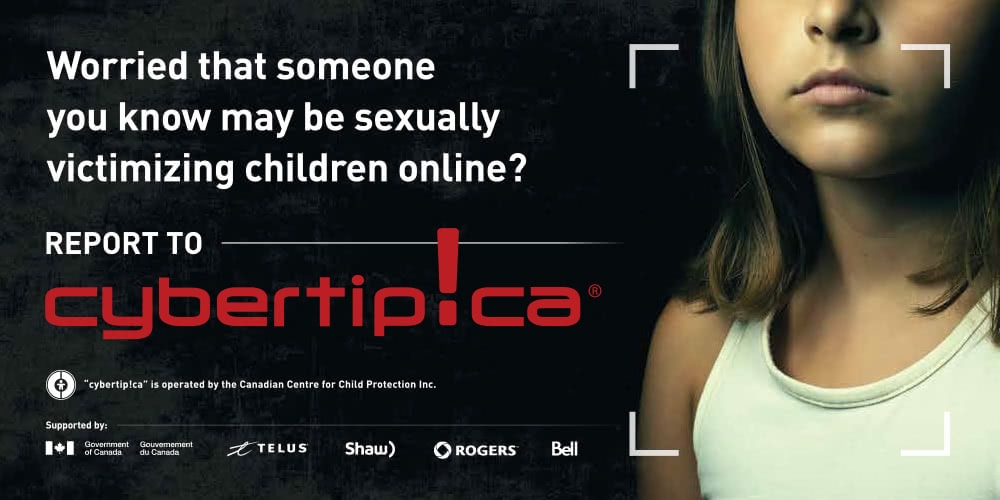 Worried That Someone You Know May be Sexually Victimizing Children Online?

A campaign pertaining to the mandatory reporting of child pornography in Manitoba that encourages Manitobans to report concerns to Cybertip.ca if someone they know may be victimizing a child(ren) online. 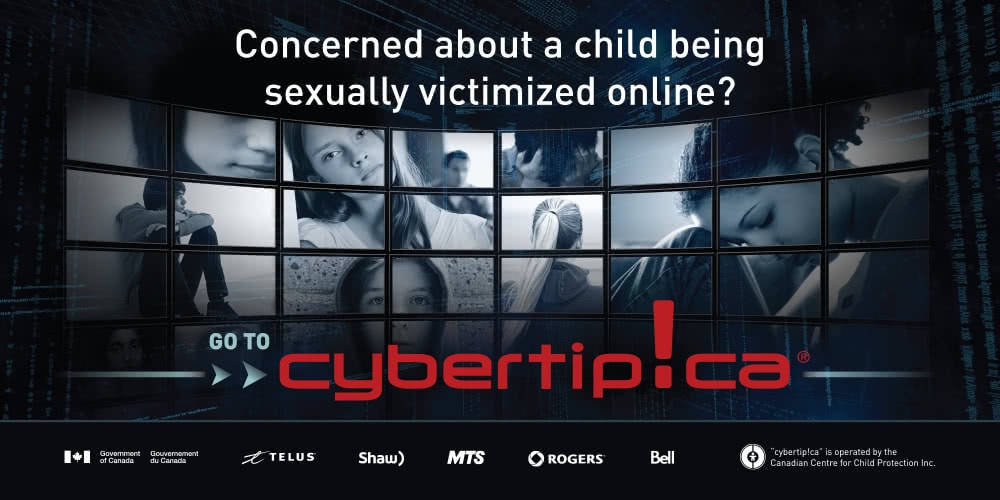 Concerned About A Child Being Sexually Victimized Online? 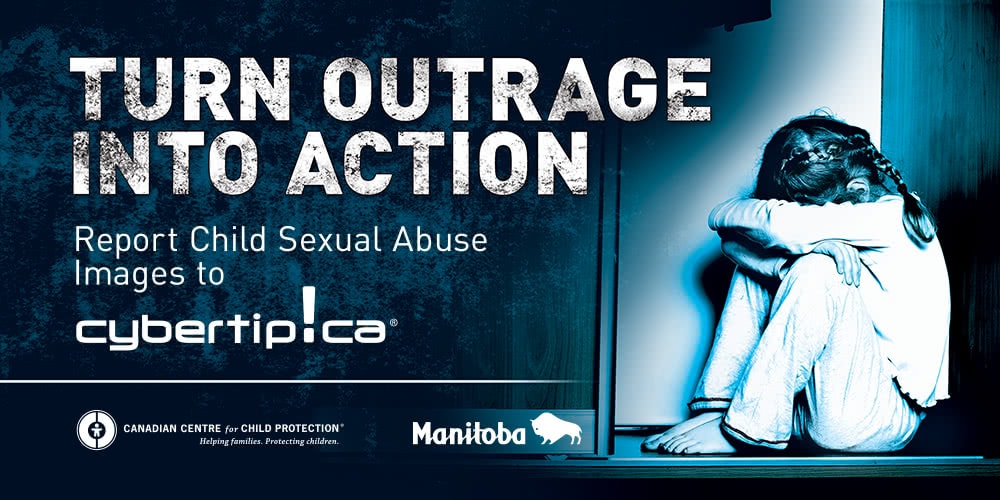 A campaign featuring RA Dickey of the Toronto Blue Jays that raises awareness of the Commit to Kids program and new resources for sport organizations.

Be a part of something big. As a registered charitable organization, we rely on donations to help us offer our programs and services to the public. You can support us in helping families and protecting children.